Learning songs from Scottish tradition can be an active affair.  In a Playsongs workshop, I work with any group of children who are old enough to be up on their feet and able to hold hands, though the workshops are flexible enough to include children who have difficulty with motor skills.

The idea is to use a series of games - for instance, listening games, circle games, follow-my leader and chain games - and action songs through which the participants naturally pick up the songs.  Many of the games themselves are traditional and the workshop is structured to give a balance of game types, keeping the momentum going without tiring out the participants completely!

An informal class like this can be far more effective with children than sitting using words to learn songs.

Generally, workshops are for up to 20 participants and can last for anything between 60 minutes and two hours.  For younger children, it is helpful if parents are encouraged to take part, too.

In the video clip below you can see moments from a one and a half hour workshop which began with a warm-up, then a couple of listening games to help the participants focus and to build understaning of dialect words in a song and moved through action songs and singing games to cooling down lullabies. 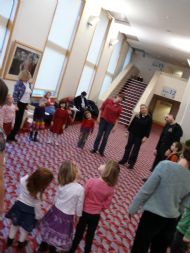 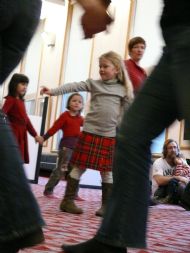 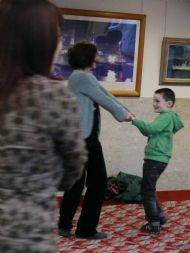 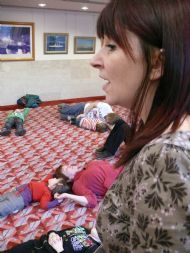